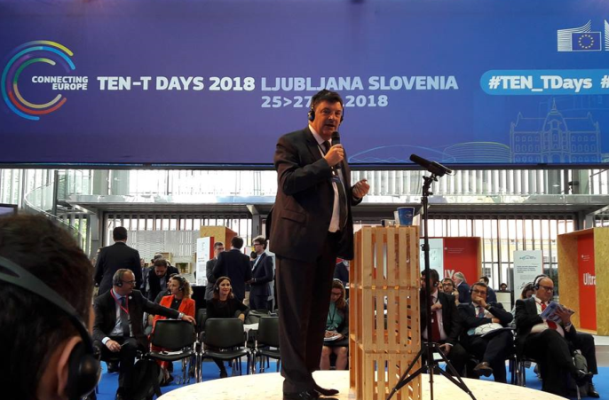 At TEN-T days, SEESARI was presented by the Slovenian Railways and Insitute of Traffic and Transport Ljubljana at the exhibition space of the Gospodarsko razstavišče. Many interested people were acquainted with current and future projects and with the directions and further development of railways and infrastructure in South East Europe.

The main topic of the meeting was the presentation and confirmation of the cooperation agreement between SEESARI and SHIFT2RAIL by members of SEESARI Steering Committee. The agreement includes the exchange of information on new tenders, participation in new joint projects and events, membership in SHIFT2RAIL working bodies (e.g. cooperation in the preparation of future guidelines and financing SHIFT2RAIL, project implementation assistance). SEESARI will thus have the opportunity to co-shape the future policy of SHIFT2RAIL in the field of railway development in (South East) Europe. The agreement is going to be officially signed in autumn 2018.