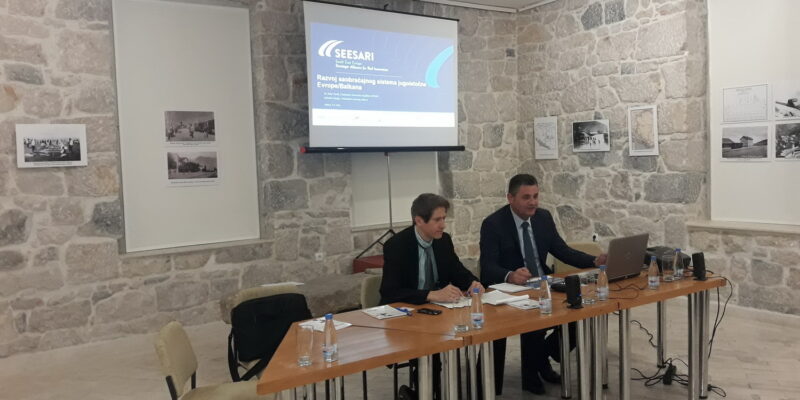 SEESARI Conference, organized by the Media Center “Serbian Railways” a.d. and the Trebinje Museum of Herzegovina, was held on June 21st in Trebinje, Bosnia and Herzegovina.

The Conference was moderated by Mr. Miroslav Stojčić, Chairman of the SEESARI Steering Committee and Director-general of Serbian Railways. Latest activities, including the agreement with SHIFT2RAIL and meeting at the European Parliament, were presented. In autumn 2018 the meeting with general managers of railway companies from SEESARI region is planned in order to present and facilitate the planned activities within the initiative.

The SEESARI has currently more than 60 members from 14 countries. After the conference new partners will join the initiative, including railway companies from Montenegro and Bosnia and Herzegovina.

The conference was organized along with the exhibition “Railways in Trebinje and the surroundings through time”. The exhibition presented about 100 photographs and documents from the time when Trebinje and its surroundings had been connected with railway which was later abandoned. The ideas to implement the railways again were discussed. Numerous visitors of the exhibition could also see three short films about the popular Šargan Eight railways, as well as the Montenegrin and Slovenian Railways.